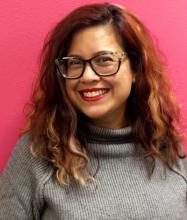 Santa Clara County, CA – County of Santa Clara District 4 Supervisor Susan Ellenberg has named Mayra Flores as her new Chief of Staff. Flores succeeds Derrick Seaver, who recently accepted an executive position with the Silicon Valley Organization. Flores has served as Supervisor Ellenberg’s Communications Director since January 2019 and as Acting Chief of Staff for the past month.

Flores joins a roster of dynamic women Chiefs of Staff on the 10th floor of the County Civic Center, including Kristina Loquist, Christine Stavem and Wendy Ho.

“Mayra is a seasoned professional, proudly serving the County in which she was born and raised,” Ellenberg said. “She is a relationship cultivator, possesses an acute understanding of both policy and politics, and shares my vision of a County that champions children and families and engages and serves all residents.”

As Ellenberg’s Communications Director, Flores was responsible for the strategic vision and execution of the Supervisor’s communications and community engagement activities.

Flores boasts an extensive track record as a communications professional. She worked as the Vice President of Communications at The Silicon Valley Organization and as a digital public relations professional at Zeno Group, an Edelman Company. Prior to that, Mayra spent a decade as a journalist in the South Bay for AOL’s Patch startup and for the Silicon Valley Community Newspapers, first as a cub, then beat reporter, editorial projects manager and finally a liaison between SVCN and The Mercury News during the sale of the two newspapers to Bay Area News Group.

Flores is an alumna of the statewide Hispanas Organized for Political Equality Leadership Institute and serves on the Latino Leadership Alliance board. She is a community volunteer, serving on the board of the Gardner Neighborhood Association and supporting the work of East Side Magazine. She is a proud daughter of immigrant parents, a mother and a product and testament to East San Jose. She is a published poet who enjoys writing, reading, photography and exploring the great outdoors.

District 4 includes the cities of Campbell and Santa Clara, the unincorporated pockets of Burbank and Cambrian, and West San Jose. For more information about Supervisor Ellenberg’s office, visit supervisorellenberg.com.